A small voice called from the backseat. “Dad? After the surgery, you won’t have toes anymore!” “That’s right,” I responded, realizing that even our short drive to school left plenty of time for questions from a curious kid. Sloan, my three-year-old, is nothing if not inquisitive. Her line of inquiry continued. “You don’t want your toes?”

I responded that even though my left (and remaining biological) foot hurt very badly, I was rather fond of it. However, there’s no denying that a summer of Colorado adventures did irreparable damage, even if I was conciously having fun. Early in November, I learned my options were to amputate or undergo a long process of slowly fusing nearly all joints in my mid and hindfoot, a complex and painful ordeal with only middling success rates for anyone with an existing neurological condition, like me.

What wasn’t an option was losing the opportunity to explore alongside my little mountaineer. 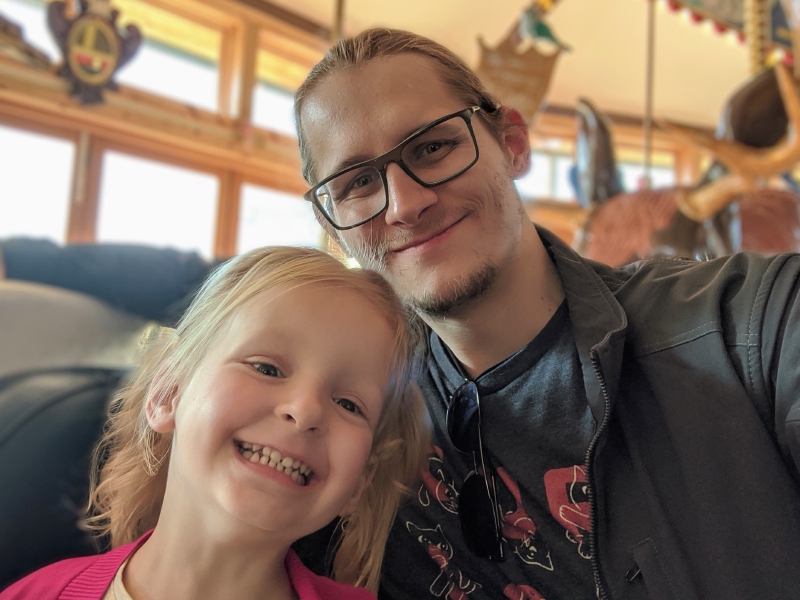 On November 27th, I will no longer have biological footprints; as I’ll be joining joining the ranks of bilateral amputees who wear prosthetics as a primary mode of transport. Additionally, during the lead-up to my second amputation, I’m testing a new prosthetic suspension system that I hope to share more about soon.

I can’t pretend the road ahead will be easy. Having taken this route last year, I know from experience that it isn’t. More importantly, I’m also familiar with the rewards: being able to wander up and down mountainsides with my family in tow is realizing a dream I had years ago. Sloan is forming a pattern of asking to summit a taller peak after each climb, and I need to be prepared!

As we pulled into school, Sloan indicated that she understood my upcoming hospital stay, promised to climb on my bed for cuddles, and looked forward to future adventures on two prosthetic legs. For anyone who wonders, Dad is still functional; he just needs a few parts replaced.

Since this post was initially published, I’ve scheduled surgery, cancelled the procedure, rescheduled with a different provider, and ultimately underwent a second below-knee amputation using the Ertl technique on January 23, 2020.

If that read like a whirlwind then it is true to life; what I went through cannot be described better.

I’m now recovering at home and will be back to full steam very soon.